1/C teammates Ross Gilchriest and Nick Abramson were there to commemorate the event with Justin's Mom and Dad. 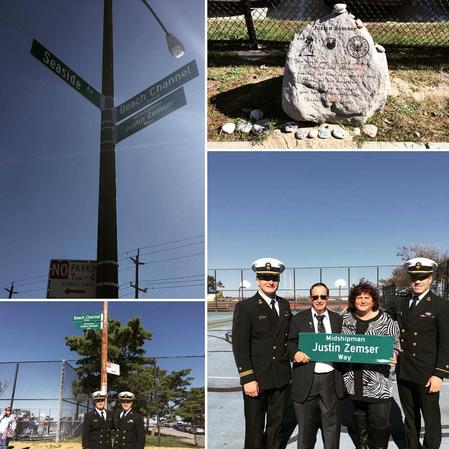 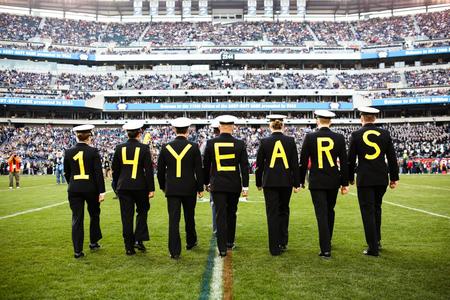 Why the Need for Parents Clubs?

Sending a son or daughter to the Naval Academy or to any Service Academy is quite different from sending them off to a regular college or university. Those phone calls parents receive from a new Plebe are not the same kind of phone call that parents of other college students receive. New midshipmen can be very discouraged and afraid that they are not able to live up to the demands placed upon them at the Naval Academy.

Parents Clubs offer a wonderful source of support and encouragement, particularly for the parents of a new Plebe. After their son or daughter has survived Plebe Summer, parents feel more comfortable about their midshipman and can begin to enjoy the pride they feel at having a son or daughter at the Naval Academy. What better way to share these experiences than with other parents who feel the same way.

Many years ago, the Candidate Guidance Office at the Naval Academy recognized that the right kind of parental guidance could greatly help to ensure the success of a Midshipman. They felt that the development of this guidance could be best accomplished by uniting parents of Midshipmen to form a Parents Club in each area. The main purpose of a Parents Club would be for informational guidance and support with a lesser emphasis on social activities. The Naval Academy, the Alumni Association and the Midshipmen themselves approved this concept.

The mission of the Naval Academy Parents Club of Long Island is to provide support and counsel to parents, guardians and families of Midshipmen of the United States Naval Academy, exchange information concerning the Academy's programs and objectives relating to the Midshipmen, and serve as a liaison between the Academy and the Club's members. The Club also exists to support the Midshipmen morally and financially, and to serve as a means of information about the Naval Academy, its programs and objectives. Our mission is accomplished through a series of social functions held throughout the year as well as various committees and one-on-one interaction between new and veteran members.