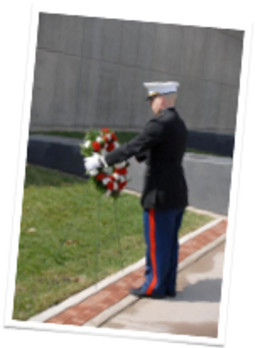 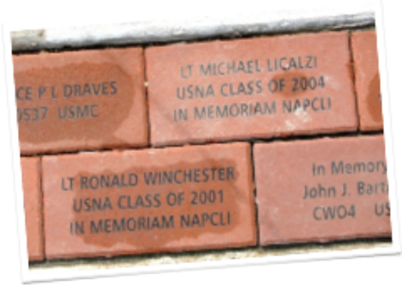 At the Academy, every Midshipman is simmered in the same cauldron that produced the greatest leaders of our sea services: Halsey, Nimitz, King, LeJeune, Ripley, the names go on and on.  To this list we can add all the young men, leaders of character, whose careers have been cut short: men like those we honor and remember.  Like our children, they were typical Midshipmen: athletes, scholars, leaders.  And the path that they chose, as Marine Corps ground officers, is a testament to their character.  On March 28 & 29 2009 NAPCLI honored 1st Lt Ronald Winchester, USMC and 1st Lt Michael LiCalzi, USMC by placing a wreath at their memorial bricks along the walk way of the United States Marine Corps Museum. NAPCLI members were present along with the Winchester and LiCalzi families.  Rather than dwelling on the premature loss of these two fine young men, speculating on what might have been, we should all consider that Ronald Winchester and Michael LiCalzi, our Midshipmen, our Marines, our sons, have done what few men are ever called to do: they have done what they loved.  God speed to all our Officers.

Remarks on the Occasion of the Dedication of the Memorial Bricks, 29 March 2009 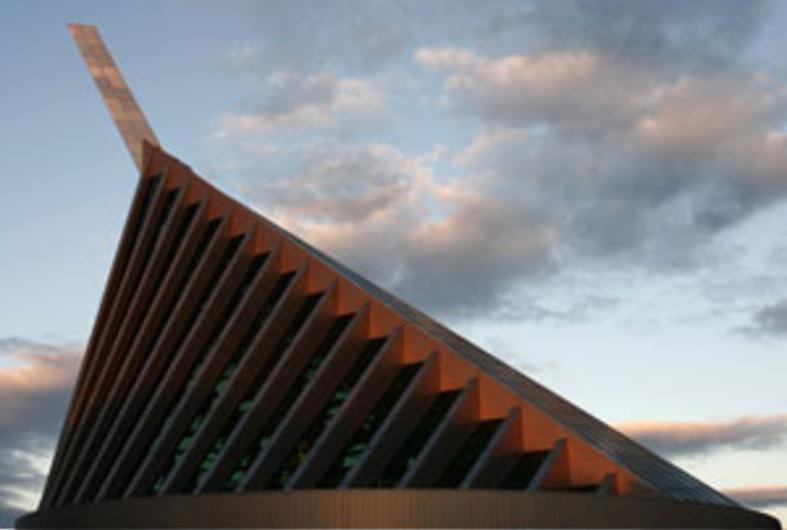 The National Museum of the Marine Corps is a lasting tribute to U.S. Marines--past, present, and future. Situated on a 135-acre site adjacent to Marine Corps Base Quantico, Virginia, and under the command of Marine Corps University, the Museum's soaring design evokes the image of the flag-raisers of Iwo Jima and beckons visitors to this 120,000-square-foot structure. World-class interactive exhibits using the most innovative technology surround visitors with irreplaceable artifacts and immerse them in the sights and sounds of Marines in action.

Overlooking the Museum is the three acre Semper Fidelis Memorial Park, a place of remembrance and reflection dedicated to honoring the service of all Marines. Interwoven paths cross and meet at rally points, where monuments erected to honor various Marine Corps organizations and those who served in them provide places for visitors to pause and contemplate. Commemorative bricks line portions of the pathways through the park. Donated by family members and friends to forever attest the honor, courage, and commitment that embodies the Marine Corps, sales of these bricks support the operations of the National Museum of the Marine Corps.