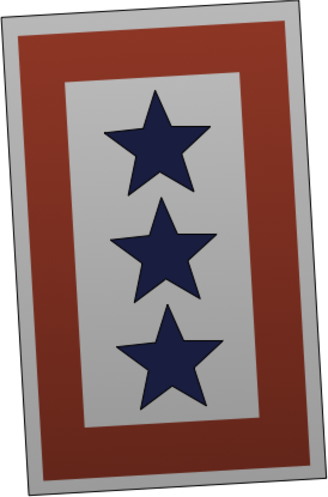 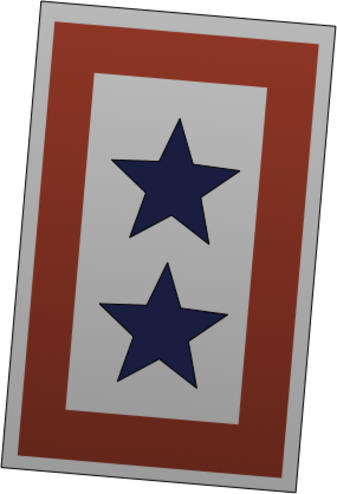 The Story of the Service Star Magnets

The Service Star Magnets that our club distributes is a modern way to display a Blue Star Service Banner.

The banner was designed in 1917 by United States Army Captain Robert L. Queisser of the Fifth Ohio Infantry, in honor of his two sons who were serving in World War I.  The Blue Star Service Banner was first displayed in the front windows of homes during World War I to signify a son or husband serving in the Armed Forces.  The banner quickly became known as the "Son in Service Banner" with each blue star indicating one family member.  It was quickly adopted by the public and by government officials. On September 24, 1917, an Ohio congressman read into the Congressional Record, “The Mayor of Cleveland, the Chamber of Commerce and the Governor of Ohio have adopted this service banner. The world should know of those who give so much for liberty. The dearest thing in all the world to a father and mother - their children.”  After that, the Blue Star Service Banner gained popularity.

Although these banners were first used in World War I, subsequent standardization and codification continued until the end of World War II.  They were not popular during the Vietnam Conflict but have come back into use in the last 20 years.  In modern usage, an organization or family may display a service banner if one of its members is serving active duty in any branch of the military.

The flag or banner is defined as a white field with a red border, with a blue star for each family member in active duty. A gold star (with a blue edge) represents a family member that died during service, without specifying cause of death. The deceased might have been killed in action, or died due to unrelated causes.  At one time, states had laws on the books which described specific specifications for up to 10 different kinds of stars, indicating Prisoner of War (POW), or Missing in Action (MIA), and other statuses. However, the only design that ever found much favor with the American public was the basic design of blue stars, with gold stars overlaid to indicate the member died on active duty.

There is no analogous banner known in other countries.